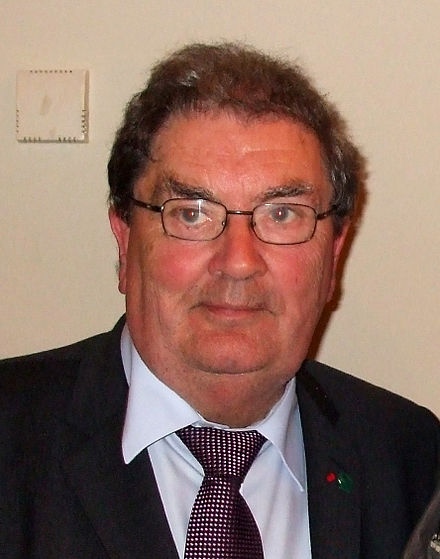 Somewhere in the shadowy land between myth and history lies the domicile of John F. Kennedy. The first United States president of Irish-Catholic descent, Kennedy was a man of many faces: war hero,...

With the use of  drone imagery, one of the most beautiful counties in Ireland is captured in all its glory. ℘℘℘ “It’s a long, long way from Clare to here.” These may be the words of...

The Latest News from IrishCentral.com


The Latest News from IrishPost.com Brian Friel, the Irish playwright who has had a string of successes on Broadway, starting with Tony-winning Dancing at Lughasa (later made into a film starring Meryl Streep), has presented his...

Kilkenny born Edmund Rice opened up his first school in Waterford on August 15th of 1803. Originally a makeshift school for poor boys held in a converted stable on New Street, Rice was forced to move to a more permanent location as the school began to grow. On August 15th, Mount Sion Primary School welcomed its first students. This would be the first school of many future Christian Brothers schools, which are located around the world. In 1906, the first Christian Brothers school was opened in New York City.